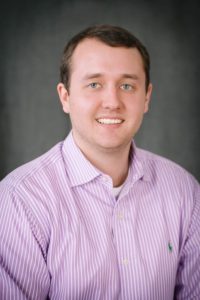 Dr. Roberts is the proud owner of Sykes Chiropractic Center in Port St. Lucie. He is a native Alabamian born in Jasper who graduated from Winfield High School in 2006. Not only was he a scholar but also a star athlete having been named Mr. Basketball.

He continued his education and basketball career at Huntingdon College in Montgomery, Alabama. While there he achieved a B.A. degree with honors in 2010. He was a four year letterman in basketball for the Huntingdon Hawks. It was during his sophomore year he decided to go into health care. After careful consideration, Dr. Roberts decided that chiropractic was the best way for people to achieve maximum wellness.

After college, Dr. Roberts attended Life University College of Chiropractic in Marietta, Georgia. In 2014, he received his Doctor of Chiropractic. After graduating from Life University, Dr. Roberts continued his education receiving a diplomate degree in Addictionology and Compulsive Disorders in Miami, Florida. He lived and provided chiropractic care in Portland, Maine and Columbus, Mississippi before moving to Port St. Lucie. Dr. Roberts also holds an Advanced Proficiency Rating for Activator Methods. A chiropractic technique that requires no twisting, popping, or cracking, this makes the adjustment gentle and effective for the patient. Although Dr. Roberts is new to the area, he looks forward to becoming involved in local community activities, and growing deep roots in the area!