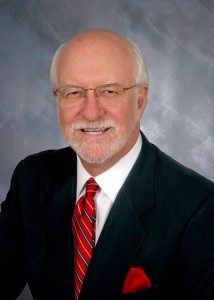 Activator Method – The Inventor And The Company

Activator Method and Instrument are the gentle chiropractic method and instruments invented by Dr. Arlan Fuhr the co-founder and CEO of Activator International Ltd.

Dr. Fuhr has been widely acknowledged in the healthcare industry for his many accomplishments, most notably for bringing instrument adjusting to the chiropractic profession. Recently, Dr. Fuhr was recognized by the World Federation of Chiropractic with its prestigious Honour Award, at the organization’s 2009 Biennial Congress. Dr. Fuhr joins an esteemed group of healthcare and business professionals who have been recognized by the WFC with its highest award for their outstanding contributions to the international advancement of chiropractic. Discover More About Dr. Fuhr and the Activator Method…

Co-founder and CEO Arlan W. Fuhr D.C. has more than four decades of experience in clinical research and private practice. He has been honored by the profession numerous times, including the industry’s prestigious World Federation of Chiropractic “Honour Award.”

AMI has published clinical and scientific peer-reviewed papers beyond that of most chiropractic analytical treatment procedures. AMI’s mechanical force, manually-assisted adjusting instrument is recognized and covered by Medicare. The number of licensed professionals trained in the Activator Method is approximately 150,000 worldwide, making it the most widely used low-force chiropractic technique in the world. Read More…